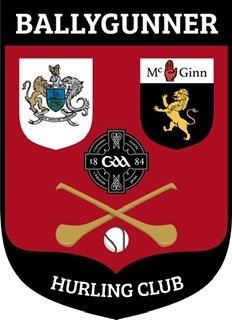 Download our mobile app to hear more about Ballygunner.

Ballygunner Hurling Club is saddened to hear of the passing of our great friend and colleague Frankie King.

Frankie was a true Ballygunner legend. He was such an integral part of the club since it’s foundation. Frankie’s contribution to Ballygunner is immeasurable. He was both a visionary and a pragmatist. He played a major role in the purchase of land for the club’s first field and in all the subsequent development of all the facilities which we now enjoy today. He was an inspiration to so many people and will be sorely missed. Frankie will be remembered with great fondness.

We extend our sympathies to Mary, Ann, grandchildren and extended family.

Our hurlers and club members will provide a guard of honour at Frankie’s funeral.

There was no Jackpot winner tonight so our next draw will...

Tickets for upcoming matches are available through the li...

Guard of Honour for Frankie King

Details for Guard of Honour for our late friend and fello...

There was no Winner of tonight’s Lotto jackpot so our nex...

There was no winner of tonight’s lotto so our next draw w...